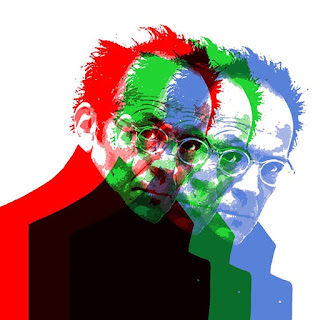 The TU Delft’s Ecologies of Architecture
in collaboration with ArtEZ University of the Arts
and the Surroundings Lab network
18 November 2020 at 14:00-16:00 (CET) Zoom Session
A round table moderated by Andrej Radman, Stavros Kousoulas (TU Delft) and Marc Boumeester (ArtEZ University).
The work of Bernard Stiegler (1952–2020) provides invaluable material for rethinking our surroundings in the context of the Epi-phylo-genetic Turn developed in his theory of anthropotechnical evolution. In addition to primary memory (i.e. genetic information expressed in DNA) and secondary memory (acquired epigenetically through a complex nervous system), there is tertiary memory stored in the form of ‘technics’, such as film and architecture, guiding evolutionary processes epi-phylo-genetically. The webinar will explore the ways in which architecture and film contribute to, and are affected by, subjectivation processes: the co-constitution of techno- and (neg)anthropo-genesis. As Gökhan Kodalak and Sanford Kwinter recently put it, our task is to reverse engineer the subject in order to discover the relations that it enfolds. Separating the ‘cultural’ from the ‘natural’ environment – as if there were a world of ideal and a world of material products – is erroneous. There is only one world. In Donna Haraway’s terms, ‘nature-cultures’ emerge sympoetically in a reciprocally-constitutive manner where nothing makes itself. Rather, the heterogeneous ensembles emerge as a result of dynamically sustained material-discursive processes. It is such negentropic work that engenders path-dependent becomings within the constructed and constructing surroundings.

The webinar is devoted the constitutive dynamics of subjectivation and its material conditions, a.k.a. existential niches. Only recently have biologists considered the effect of niche construction on the inheritance system. An organism does not only passively submit to the pressures of a pre-existing environment, it also actively constructs its niche. It is thus high time to complement the Darwinian principle of natural selection with the Neo-Lamarckian principle of auto-affection. Stiegler’s work demonstrates how technical evolution entails an ‘externalisation’ of memory, wherein past experiences and differentiation processes are retained and successively accumulated within the very organisation of material environments. In other words, from cave paintings to books to cinema and architecture, technical tools and ensembles get organised exo-somatically. Architecture and film, in this expanded sense, are to be recast as the ‘ex-organised’ technics dealing with constructing/constructed niches and concomitant forms of life and social production.